The Best Games for Android, are very ubiquitous and many users enjoy the games and even spend a lot of money on this game, as well as the mobile phone company trying to gain more from the market by producing gaming phones. Video game makers are also taking advantage of this situation and are heating the market for these games by making a variety of exciting games.

PUBG Mobile is a free-to-play mobile version of PlayerUnknown’s Battlegrounds that lets you fight against up to 99 other players, just like on the original PUBG. The game is completely free, but there are microtransactions along the way.

The game is based on the famous Battle Royale gameplay, where 100 players have to fight against each other in an isolated location until there’s only one person left standing. You can choose to play as a solo player or join a team and fight together with your friends.

As you progress through the game, you’ll unlock new weapons and equipment by opening crates with special keys that you get by completing missions. These crates may contain new clothes for your character or even new vehicles.

PUBG Mobile is a spectacular adaptation of the original PlayerUnknown’s Battlegrounds for Android and iOS devices in every way. The graphics are great and you can play anywhere at any time without any limits. The controls are optimized for touchscreens and allow you to move around using virtual buttons on your screen. as you find the PUBG group here.

Call of Duty Mobile is here, and it’s got a lot going for it in the face of established mobile FPS games. It’s an official adaptation of the Call of Duty franchise, so not only do you get the same characters, maps, weapons, and modes that you’re used to from other COD games, but you also get to play against players on other platforms like PC and console. The game promises to provide all the fast-paced action that you’re used to from the Call of Duty franchise, in a format that has been designed to give you a great experience on mobile.

In my experience so far, I think that this game delivers on its promise. It looks great, plays well with intuitive controls, and provides more than enough content to keep you playing for hours at a time. The best thing about this game is that it is completely free to play (although there are in-app purchases), which means that it’s easy for anyone to download and start playing immediately.

With such a huge number of people downloading this game right away and starting to play online matches as soon as possible, I thought it would be helpful to share some Call of Duty Mobile tips and tricks that will help you get started

Nimian Legends: BrightRidge is an immersive open-world game with beautiful vistas and an enchanting soundtrack. It features a unique “Story Mode” that allows you to play through the entire story without getting lost in side quests.

You are a young cub, born in the BrightRidge forest. Your parents were killed when you were very young, and you were taken in by some local wolves who raised you as their own. You have been wandering the forest alone for most of your life, but now you feel it’s time to find out what happened to your parents.

With a little help from your friends, you set out on a journey to find out the truth. You will travel to new lands and meet interesting people along the way. You might even find love! Will you be able to discover what happened to your parents?

Shadow Fight 3 is free-to-play and 100% user-friendly. It is optimized for smartphones, not tablets. You can download the game from Google Play Store and available in both English and Russian language.

The game was released on November 16, 2017, for Android and iOS platforms. The game was first released as a soft launch in Canada, Australia, and New Zealand on July 17th, 2017. In Shadow Fight 3 you will play a character called Shadow who has to fight with his enemies like barbarians and demons to achieve victory. To defeat them you have to use your skills like throwing shurikens or using magic spells which are very powerful weapons against them.

It is not bad to introduce another driving game to you. Rail Racing 3 is one of those well-made and high-quality driving games that you can find on the market. One of the most realistic driving games on mobile will be Rail Racing 3, which will create a great experience for you. Everything is very real to see a good game on mobile. The game also has a very exciting multiplayer section that makes it possible for you to compete with different people.

One of the games of 2020, attracted a large audience with a great deal of coverage around the world; unfortunately, the Amang Ace game on mobile is not available online for Iranian players, but if you connect with your friends, you can play for hours. There are two groups of crew and swindlers in the Amang Ace game. The crew must take on various tasks to repair the spaceship, and the rogue group must kill the crew to prevent them from reaching the target.

Clash of Clans (COC) is a game that has successfully carved out its niche. It has become one of the most popular apps in the iOS App Store, and it’s not hard to see why. Clash of Clans is a very addicting game. It’s also a great way to pass the time when you feel bored or want some entertainment. You will find yourself playing for hours, building up your village and clan, and going to war against other players. You probably want to get a lot of gems quickly so you can skip ahead in the game. There are plenty of guides for Clash of Clans that can help you get started, but there are also plenty of scams out there. Here is how to get free Gems in Clash of Clans without having to spend any money on them!

Clash of Clans is a mobile strategy game where you play as a barbarian who fights against other barbs and goblins. The goal is to build up your barbarian army by recruiting more troops, training them with gold, and then taking them into battle against other players’ villages on the world map.

An online multiplayer game in the style of zombies and action that has a killer and others surviving. You must escape the killer and stay alive. During the game, the survivors must find a way to turn on the electric motors with the help of each other to open the gate to escape. The player who plays the killer must slaughter the survivors to prevent them from reaching the target. Players caught in the assassin will still be able to be rescued by other survivors.

As you know, there is no shortage of great Android games available. We have selected some of the best games for Android. These games are fun, addictive, and also very challenging to play. You can play these games on your mobile as well as tablets. 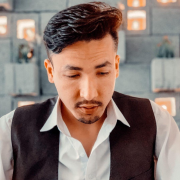 Making Masters of the Universe for Netflix; Identifying a new actor

Avatar mobile game was introduced by Disney and Tencent

Introducing the new game directed by DriveClub in 2022